News from the frontier of perovskite solar cell research:

Neither cell is efficient. At 12.8% and 11% respectively, they are well behind the perovskite solar cell record of 19.3%, let alone the 21% of production monocrystalline silicon cells. So why the fuss? Isn’t this another scheme which looks good in the lab but fails in the market, defeated by silicon through simply getting cheaper?

To get perspective, we need to backtrack. What is a perovskite? The first thing is that it’s not a material but a crystal structure similar to the original mineral found in Siberia in 1839. Take a cubic lattice A of positive ions of a metal like calcium, magnesium or lead. Fit another cubic lattice B of a different metal like titanium or a metalloid like silicon inside it, with each B atom (also positively ionised) at the centre of an A cube. The B ions have to be smaller than the A ones – this has nothing to do with mass. Finally, fit a third negatively charged element O, oxygen or a halogen like chlorine, in the face centres of the A lattice. That makes three more cubic lattices inside the same structure, if you are still with me. Since you have a range of elements to choose from in each lattice, there are dozens of possible perovskites.

Most don’t exist in nature, but those that do are very common. Magnesium-silicon perovskite minerals make up a substantial proportion of the Earth’s mantle: a few million trillion tons (the mantle is around 4 x 10^21 tonnes). Far from being exotic, they form naturally in many circumstances, as a stable low-energy configuration. So with skill it’s not too difficult to make them, without high energies or weird processes. There is enough variety using common elements for rare ones like tellurium to be unnecessary.

The perovskite family has an amazing range of properties, including superconductivity and “colossal magnetoresistance.” Suitably for this Swiss Army knife of a material, the grandfather of all the research on PV perovskite is Swiss: Michael Grätzel of EPFL Lausanne, the French-speaking younger sibling of Einstein’s ETH in Zurich.

He first worked on dye-sensitive cells, which have not made it commercially, and switched to the related perovskites less than a decade ago.

The progress since 2009 has been astonishing, even for a dynamic sector like solar: from 4% to 19% efficiency in five years. Chart from Burn & Meredith, Nature, January 2014:

The chart is out of date – the record has risen to 19.3%, announced by Yang Yang at UCLA.

We’ve seen many promising solar technologies crash and burn. Why should this one be different?

There is no guarantee of course, but perovskites have a lot going for them. The underlying materials are cheap. There’s no fundamental reason why efficiency can’t increase further. Most are inorganic, so less likely to degrade than organics. It’s inherently a thin-film technology. You build up layers, not saw thin slices off ingots. Panels are inherently thin and light. They are translucent, so you could put them on windows, or on silicon cells.

There are many challenges to meet before commercial success, and any one could be fatal. But there is progress to report on all of them.

Mei in Wuhan has added another important twist. Up to now, everybody has thought it essential to transport the “holes” away as well as the electrons knocked loose by sunlight, to prevent them recombining. But it turns out this doesn’t happen fast enough to matter. Cutting out the “hole transport layer” means a great simplification of design and fabrication.

We are eagerly waiting for someone in the lively and fast-growing research community to announce a working tandem cell, perovskite on silicon, with a combined efficiency of 30%. Fortunes and Nobel prizes beckon. The EPFL would surely like to notch a score against older brother ETH – they haven’t got a Nobel yet, in spite of top international rankings.

About the Author: James is one of our regular commenters. He blogs at samefacts.com, a site covering current affairs, drugs, health and arts policy, and sometimes energy.

Guest Contributor is many, many people. We publish a number of guest posts from experts in a large variety of fields. This is our contributor account for those special people. :D 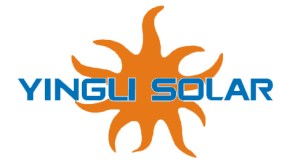 Electric Vehicle Sales Expected To Grow Globally To 1.8 Million By 2023 →